Garry was born in 1955, into a family that had many fighting traditions, mainly from his fathers side they being boxers through the generations and notably his ancestors running the famous Hickmans Boxing Academy on the fairgrounds.Hence Garry adopting the name of Hickmans Kickboxing Academy.

Garry was pushed into boxing by his family and had many great successes. Until the 1970s when the Bruce Lee era came to the fore. Garry took up Karate with great success training with  and becoming and still firm friends with the “stars” of the martial arts world.

Garry achieved both National and International success in competition before turning to semi contact and eventually kick boxing. Garry also has achieved his 4th Dan in Jiu Jitsu under A.Bradley 7th Dan BJJA. And is proficient using Bo, Nunchaku, Sai , Kama and tonfa and teaches this in the clubs.

Recently Garry was awarded his Grand Master status by the International association WASKO.

In 2004 Garry was awarded his 7th Dan in kickboxing by T.Hibbert.

Garry is also a NVQ Assessor/Verifier, CRB Registered,first Aid qualified.Sits on the management team of the International based WASKO.

Vice Chairman of Governors at a local college.

Garry was awarded 8th Dan by the AMA executive in 2012

Future; To keep on teaching and training for as long as my body allows. 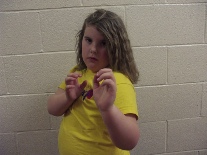 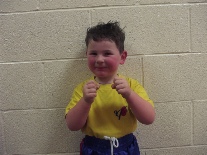